George J. W. Goodman was born in Clayton, Missouri on August 10, 1930. He graduated magna cum laude from Harvard University, then studied political economy at Oxford University as a Rhodes Scholar. He was an intelligence analyst in the Army in the mid-1950s and then wrote about various topics for Barron's, Time, Fortune and other magazines. He wrote several novels during the 1950's including The Bubble Makers and The Wheeler Dealers, which was adapted into a movie starring James Garner and Lee Remick in 1963. Goodman wrote the screenplay. He also wrote a children's book, Bascombe, the Fastest Hound Alive, which was published in 1958. He was given the pseudonym Adam Smith as a journalist for New York magazine in the 1960s, to hide his identity from sensitive Wall Street sources. His first book as Adam Smith, The Money Game, was published in 1968. His other books about economics include Supermoney and Paper Money. He helped start Institutional Investor magazine in the 1960s and was executive editor of Esquire in the 1970s. He was the host of Adam Smith's Money World on PBS from 1984 to 1997. He died from complications of leukemia on January 3, 2014 at the age of 83. 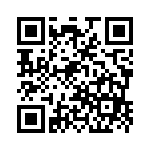