Sheila Jasanoff is Pforzheimer Professor of Science and Technology Studies at Harvard University's John F. Kennedy School of Government. Trained in law at Harvard Law School, she is the author of many books on the role of science and technology in the politics of modern democratic societies, including Science at the Bar, The Fifth Branch, and Risk Management and Political Culture. 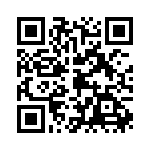