Página 66
If the stock went up , he should have bought more , so he was stupid there , and if
it went down , that proved he was stupid there . Some people go to all the trouble
of actually losing the money just to have that sheer wallowing joy of losing , but ...
Página 211
So the “ performance ” fund managers moved out of the two hundred biggest
companies into , quite simply , stocks that would go up . They bought the growth
stocks , the senior sisters like IBM , Polaroid , and Xerox , though they ...
Página 226
says Scarsdale . Scarsdale does not even know it , he is being such a good
moderator , but at the moment he is eating all the remaining rolls in the roll dish . “
I bought some Polaroid , down around the lows , maybe at one hundred twenty -
five ... 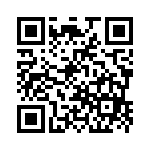