Página 54
During his brief then , springing off the left foot , we shot the right aldermancy he served the office of sheriff , 1648-9 ; leg between our arms , and so were instantly any ...
Página 211
He died in 1810 . the matter much ; for , in any case , I imagine that John PICKFORD , M.A. they would have been recorded in Ulster's Office , it Newbourne Rectory , Woodbridge . being an Irish baronetcy and an Irish family .
Página 372
But there seems to be some diversity of have been forwarded , as similar ones always are , by mail or opinion as to the real name of the priest , for the other coach , was actually put into the Post Office , and a translator of Higden ... 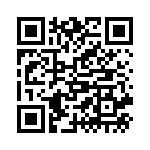