In her debut, Daily Mail on Sunday royal correspondent Nicholl zooms in on House of Windsor Princes William and Harry.Beginning with the birth of the elder William in 1982, the author covers all the ... Leer comentario completo

Katie Nicholl has been writing about the British Royal Family for nearly a decade. She is the Royal Correspondent for the Mail on Sunday where she also edits her incredibly popular and respected eponymous weekly column of which Prince Harry is a regular reader. In conjunction with her successful print career, Katie also works as a commentator on Sky News, and the BBC. She lives with her husband in North London. 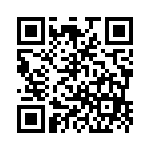