Página 103
... sports might find it easier both to gain and to lose momentum , while
simultaneous - sports participants would require more impetus to get themselves
moving , but be able to sustain that attitude , quality , and momentum more easily
.
Página 105
Shared attitudes , especially those involving a squad ' s optimism , confidence ,
and faith in its skills , are socially constructed ... Their definitions of the situation ,
even in the midst of misfortune , constitute a “ winning attitude ” that cognitively ...
Página 122
Out of ignorance , outsiders are still propelled by the preceding but now
moribund bullish attitude . Conversely , an anticipatory effect is also highly
evident in the market because of the discounting practice , where future
performance potential ... 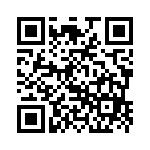