Página 61
... and we was to have a son , and he was to grow up to be a man , and come down into the cellar to draw the beer , like I'm doing now , and the mallet was to fall on his head and kill him , what a dreadful thing it would be !
Página 113
So off he went to the Butcher , and said “ Butcher , kill the big , big Coo , She'll give me no more milk noo . " But the Butcher wouldn't kill the Coo without a silver penny , so back the Mannie went to the house .
Página 146
After this , young Somerville , who was now quite determined to kill the monster , began to watch its habits and movements with the greatest care . Noticing that it invariably stared an observer in the face with open mouth , he hit upon ... 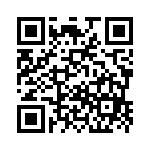