Página 4
He was educated under Henry Joseph Last and Charles Pitcher , a man of fortune Butter , the well - known author of the ' Etymological and a sporting character , he started the Crown , Spelling - Book , ' which went to a two bundred and ...
Página 59
By all means lot the credit , such as it the author of the facile and graceful lyrics attributed to Anacreon , the translator , at least , is known , and is a denimay be , of the compilation generally known as Mailman's History ' rest ...
Página 497
I believe the oldest song were rendered in our churches , as a duologue known representation of a coat of arms borne by a between parson and clerk , the congregation reDuke of Austria occurs on a seal affixed to a deed maining silent . 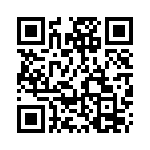