Noted folklorist Vance Randolph was born in Pittsburg, Kansas. After attending college at Kansas State Teachers College, Clark University, and the University of Kansas, he worked as a staff writer for Appeal to Reason, as an assistant instructor in psychology at the University of Kansas, and as a scenario writer for MGM studios in California before devoting all of his time to freelance writing. Randolph is perhaps one of America's most prolific collectors of folk tales, and he is especially renowned for his study of the Ozarks and that region's ribald folk literature. Because of their bawdy nature, many collectors and compilers have passed over such tales from this region, but Randolph compiled many of them in a work entitled Pissing in the Snow and Other Ozark Folk Tales (1976). His regional specialization has led to a number of other works, including The Ozarks: An American Survival of Primitive Society (1931), From an Ozark Mountain Holler: Stories of Ozark Mountain Folk (1933), Ozark Superstitions (1947), and Sticks in the Knapsack and Other Ozark Folk Tales (1958). Regarding his work on the Ozarks, critics have said that Randolph "gives a sensitive portrayal of a fast-vanishing breed of people... [and] insight to a way of life that is rapidly passing" (Choice). 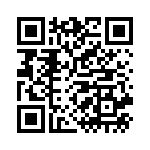