\
Bernhard Wälchli received his master's degree in Slavic and Baltic Studies at the University of Bern (Switzerland) in 1997 and his Ph.D. in General Linguistics at Stockholm University (Sweden) in 2003. He is currently a post-doctoral research scholar of the Swiss National Science Foundation at the Max Planck Institute for Evolutionary Anthropology in Leipzig. His publications include papers on the typology of motion verbs, modality, and area phenomena in the Circum-Baltic languages. He has taught at the universities of Bern, Stockholm, and Zurich. His current research includes work on lexical typology and areal typology (especially the typology of motion events), the structure of the lexicon, and Baltic linguistics. 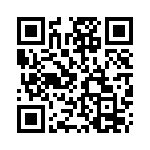