Página 87
41 , Dictionary ' it is suggested that it is possibly dewhere it appears as peyúln ý údýdela kůl rived from the Old ... Ogilvie , on the other hand , suggests The question , however , still remains unanswered some connexion with the ...
Página 114
The Arnold , by whom he had a second daughter , who chequy field in this case was suggested by the arms was born in 1778 , named Harriet Wilkes , and of the De Newburghs , Earls of Warwick , the first married William Rough , Esq .
Página 247
This suggests that Elisa was was Earl Roger . " some other vessel- named , perhaps , after Queen ... If text Betty can hardly mean a maid - servant , as one Ralph de Limesi had married a daughter of Wm . of my readers bas suggested . 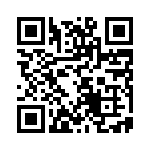