Ramazan Gen ay is a professor in the economics department at Simon Fraser University. His areas of specialization are financial econometrics, nonlinear time series, nonparametric econometrics, and chaotic dynamics. His publications appear in finance, economics, statistics and physics journals. His work has appeared in the Journal of the American Statistical Association, Journal of Econometrics, and Physics Letters A.

Faruk Sel uk is a faculty member in the department of economics at Bilkent University, Ankara, Turkey. His research interests are time series analysis, financial econometrics, risk management, emerging market economies, and the Turkish economy. His recent publications appeared in Studies in Nonlinear Dynamics and Econometrics, International Journal of Forecasting, and Physica A. He is a consultant for Reuters-Istanbul and Reuters-Moscow. 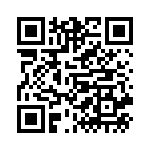