Julian V. Roberts is Reader in Criminology at the Centre for Criminology, University of Oxford. His previous publications includeThe Virtual Prison: Community custody and the evolution of imprisonment(2005),Penal Populism and Public Opinion(2002) andMaking Sense of Sentencing(1999).

Mike Hough is Director of the Institute for Criminal Policy Research at King's College London. He has extensive experience of survey work, and was a member of the team which started the British Crime Survey in 1980. His previous publications includeYouth Crime and Youth Justice(with Julian V. Roberts, 2004),Changing Attitudes to Punishment(2002) andPolicing for London(2002). 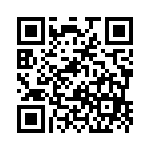