P·gina 171
In turn , he has omitted one who torical importance , as in the case of the short might have been included : Gonz·lez Rojo . In stories of Mariano Azuela . The group of stories , a preliminary essay , “ Perfil de una generaciÛn , " then ...
P·gina 361
The GullÛnthe English and Portuguese entries are Schade book is more than twice as large included in lavish variety ; and explanatory as the Patt - Nozick . A comparison of the notes describe the organization as a whole . notes provided ...
P·gina 370
A general introduction , footnotes , cuestionarios , and a vocabulary are included . 176 pp . , paper , $ 1.75 LA VIDA ESPA—OLA , Revised Edition DIEGO MARÕN , in cooperation with Neale HAMILTON TAYLER , University of Toronto . 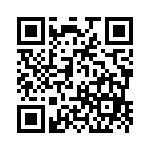