BECOMING AMERICA: The Revolution Before 1776

In a thoughtful, erudite survey of colonial history, Butler (Awash in a Sea of Faith, not reviewed) traces the formation of many of America's modern social characteristics in the crucible of pre ... Leer comentario completo

Butler argues that there was a remarkable social and economic transformation in the American colonies between 1680 and 1770: (1) they became ethnically and nationally diverse, (2) they developed ... Leer comentario completo

Jon Butler is Howard R. Lamar Emeritus Professor of American Studies, History, and Religious Studies at Yale University and Research Professor of History at the University of Minnesota. His books include the Los Angeles Times bestseller Becoming America and the prizewinning Awash in a Sea of Faith and The Huguenots in America. He is a past president of the Organization of American Historians. 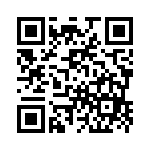