This is a shocking book that everyone should read, explaining why cancer is so prevalent today, and why the American Cancer Society is more concerned with curing cancer than with preventing it in the ... Leer reseþa completa

The secret history of the war on cancer

Devra Davis, PhD, MPH, directs Pittsburgh's Center for Environmental Oncology and is Professor of Epidemiology at the University of Pittsburgh. Contributor to the Nobel Peace Prize of 2007, she was founding director of the Board on Environmental Studies at the National Academy of Science and presidential appointee to the Chemical Safety and Hazard Investigation Board. She is the acclaimed author of When Smoke Ran Like Water, Finalist for the National Book Award. She lives in Washington, D.C., and Jackson Hole, Wyoming. 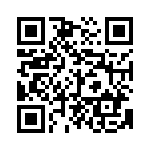